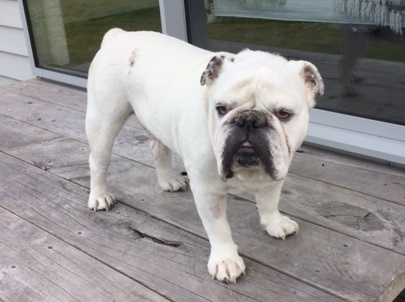 Hi Di thanks so much for all the time you spent with Gus today and all your help very kind of you to spend all that time with him. More than happy for you to do a session with him on the 14th and i will definitely let you know how he responds.
(Same day …)
Ok so I just had to share so far tonight Gus has not started panting and he looks happy and relaxed this is the best he has been in 5 days I don’t want to get too excited but this is so nice to see so far thank you ! He was supposed to go and get a heart ultrasound at the specialist in the next couple of days.
(A little bit later…)
He has started up now unfortunately but much later than the previous nights so definitely a shift hopefully he won’t be as bad during the night I do feel better thank you

.
(Midday the following day)
Ok so now 80 percent improvement last night over all the other nights

a thousand thankyous a couple of small panting episodes and some restlessness wandering around but not panting whilst doing it I am taking him in for some more blood tests tomorrow they want to check for addisons and I have switched him to renal diet from Monica here’s hoping he can stay calm.N.D. Kumeu 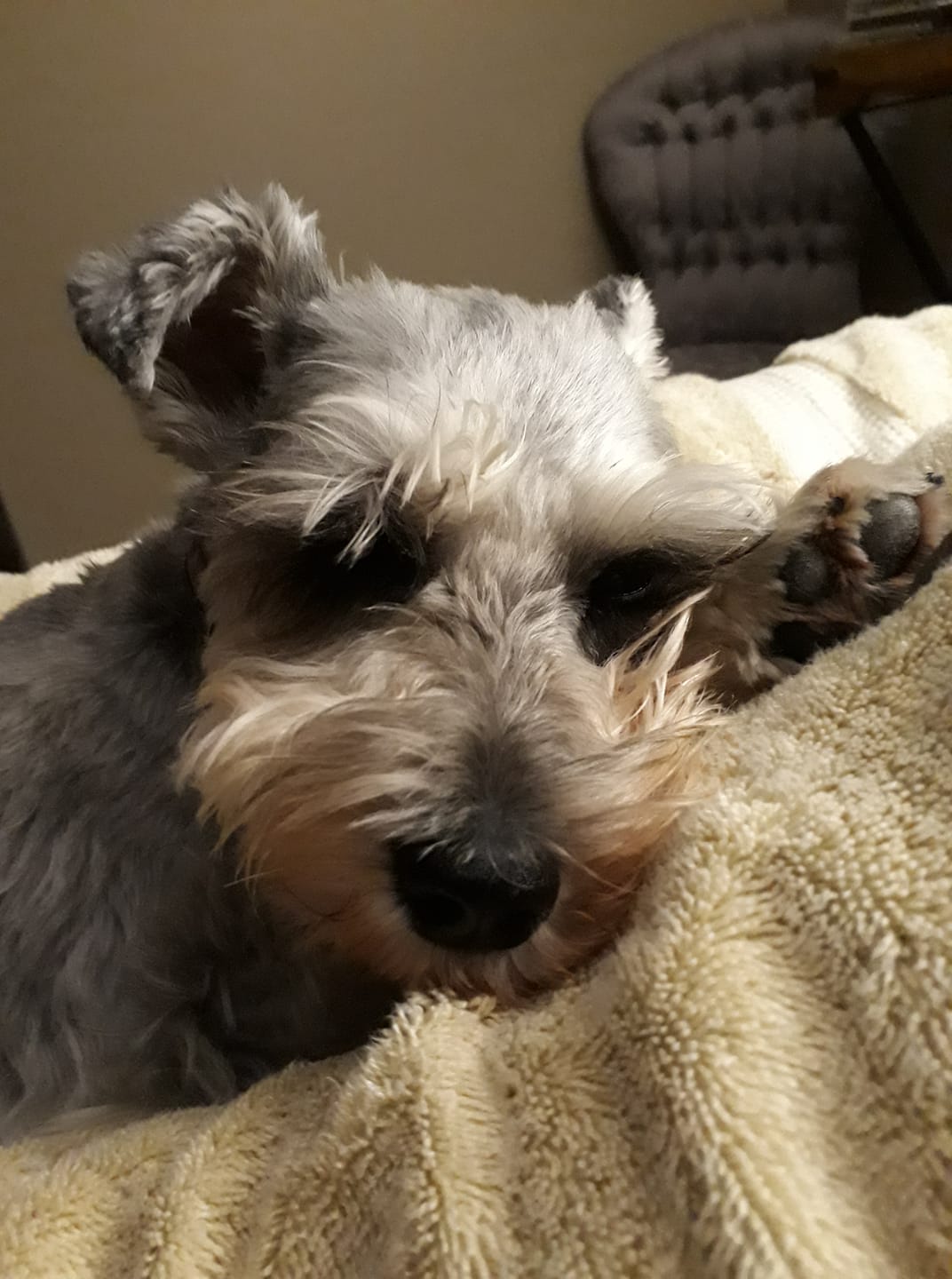 This wee darling was in a very bad way last night, virtually unresponsive, little body jerks and flinching and if moved her, she was unable to walk with any balance. Vet thought stroke or back injury and to keep her stable and warm over night. My dear friend Di Scurr who specialises in Bodytalk for animals, did a session on her late last night and this morning Molly is responsive and moving more freely and over the worst. A huge heart felt thank you Di you were so supportive and caring and made the shift for Molly, bless your big heart…. I was beside myself!…my darling Mols welcome back sweet girl

💜Update on Ms Mols, she is back to making cute wee sounds when talking to me, lots eye contact, stable on her feet and on the hunt for food = def a good sign. Di Scurr you were so tuned in to Mols and focused on doing all for her highest good. Gratitude my friend

💜 You can not measure the amount of love you have for your animal family! 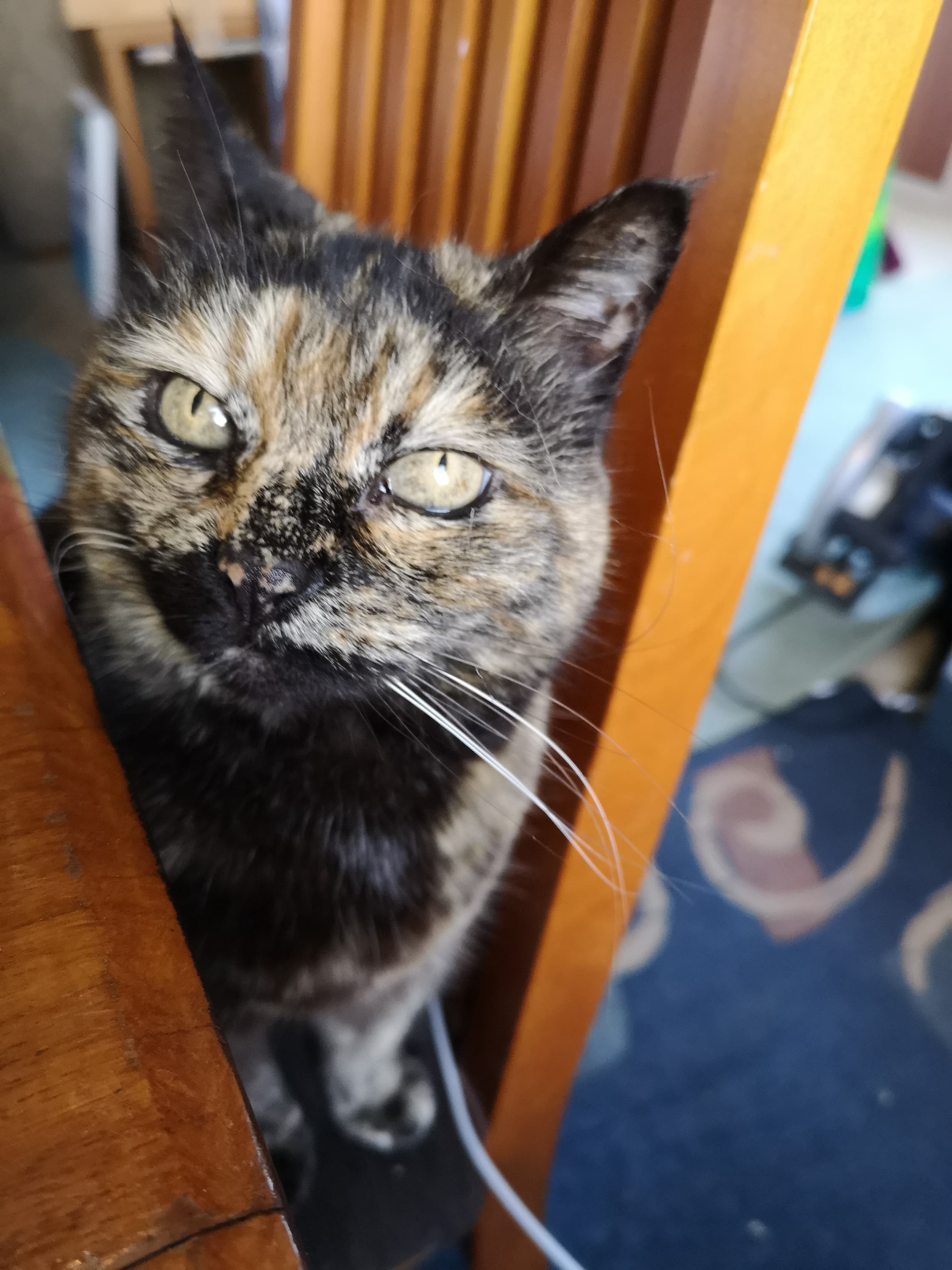 9.20am Her little face is so swollen on the right side.

2.40pm I just can’t get near her to catch her and I don’t think she’s eaten for a few days. Poor girl.

6.09pm She has come into the house and is eating the fresh mince I gave her. I’m so grateful. I was so upset.

I couldn’t find her. I got these photos. There is a big piece of skin completely gone. But it’s very clean. No heat or infection.

It’s quite wet and bloody but clean as. She seemed ok too. I’m amazed. Horrible wound poor girl. Do you think she still will need the vet? Yes. I should have kept her while I had her. I will take her. She actually seemed fine and on the mend. Just looks so bad. Thank you again XOX

7.05pm That’s so awesome Di. She seemed so different when she came up. Yesterday I did wonder if she might not make it she seemed so lifeless and dull. Tonight she seemed strong and ok in herself. Amazing.

Yes and she’s quite a feisty little cat. I’m thinking what I saw as swelling was the fur hanging off. Now it’s gone it doesn’t seem swollen at all. Just raw. I’m amazed as she didn’t even hiss at me when I picked her up.

I should have kept her inside but I let her go and I doubt she will come up until the morning. Hope shes ok. She would not settle in the house overnight. She’s used to been out.

Yes. My brother is freaking out about her needing emergency vet but I think she’s ok tonight. I will take her tomorrow. She seemed bright and happy. I’m still amazed at the difference in her.

Amazing what you said about the blood. And the area was spot on. I could see her veins.

I’m amazed at how well she’s doing.  So grateful. Thanks so much

Hi Di. She seems very good. Very friendly and quite happy in herself. I can see the puncture wound and no heat or discharge. The vet did say to gently push on it to drain anything.

You were worth every cent. She is so different in herself. Way less nervous. And has healed so well. Thank you. J.T. Hamilton 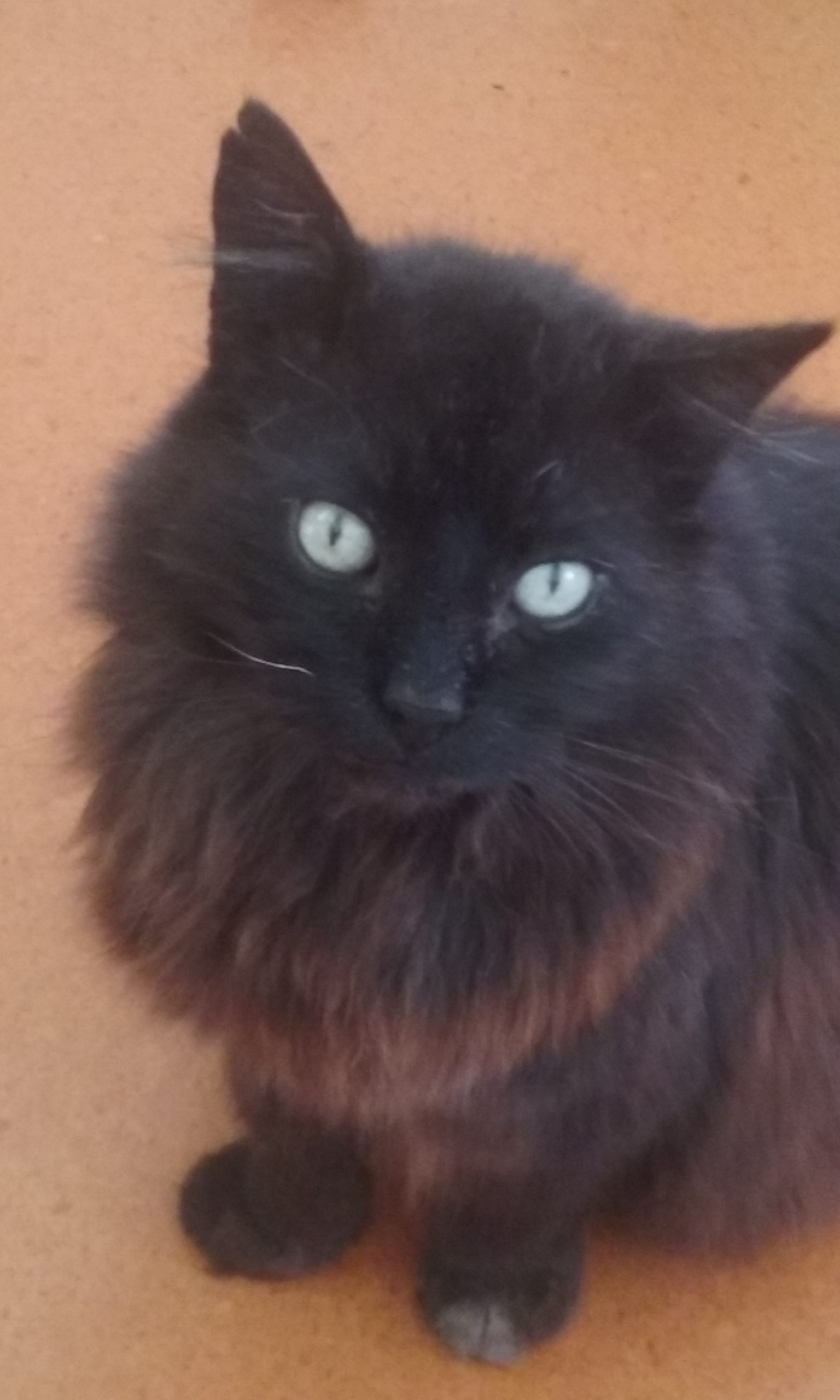 Just want to thank you for the work you did on Blackie, because I really feel it helped him a lot, not only to feel quite a lot better for a couple of months, but I do believe it helped him come to terms with things that happened to him in his life and especially that it was ok to go!

I think he had been hanging on for some reason, part of it me, and I feel that was because I felt so helpless in being able to help him.  I’ve realised now that I think it was making him hang on, poor guy!  So thank you so much Di and I know he now in a good place, running free with all my other fur babies and he will visit me when he is well and ready 🙂  Debbie, Auckland 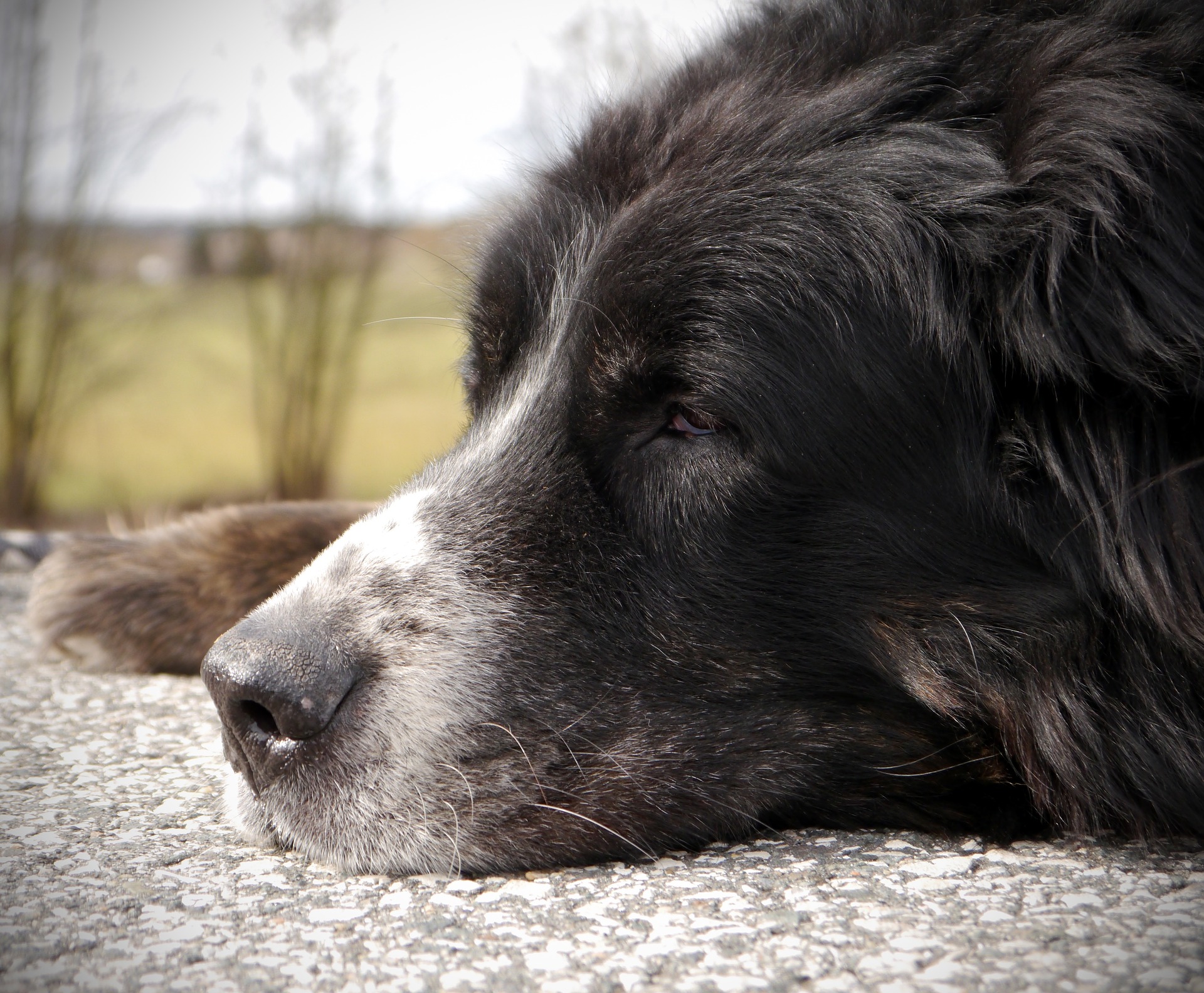 Hi Di, it was lovely to meet you today. Thank you for spending the time with us and sharing your passion.

Astarte already seems happier and is moving around better. There is a twinkle in her eye and she has been much

… three months after first appointment (two in total) … Hi Di how are you? You have been on my mind for some time now and I have been meaning to give you an update on Astarte which was that she is doing well.

We woke up this morning and she had passed. Very sad but also grateful that she went in her own time without intervention.Thank you for your contribution to our girl x.  E. Tauranga 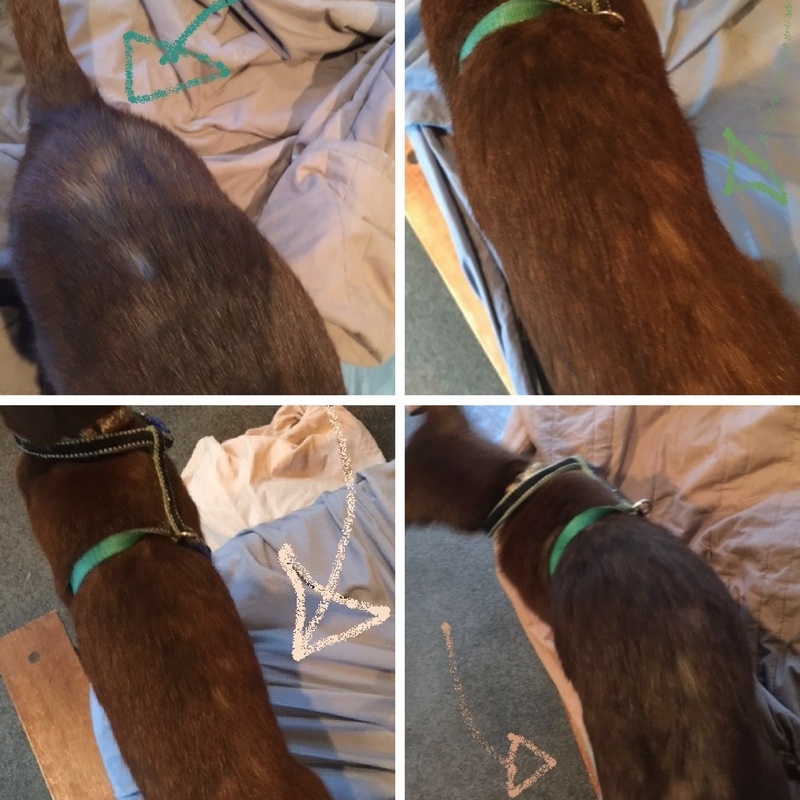 Charlie had chronic asthma which he suffered attacks from at least once a week and also had a habit of pulling his hair out.

After distance/remote BodyTalk sessions spanning approximately six weeks you will see a changed boy and no more asthma attacks!

No other modalities were used.

…  and yes I do think the bt has helped Charlie as it’s been a while touch wood since we have had an (asthma) attack long may it continue … N.D. Auckland 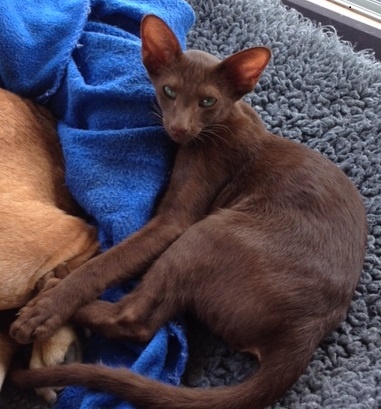 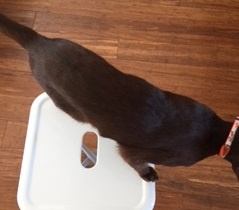 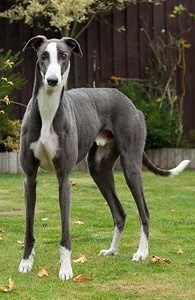 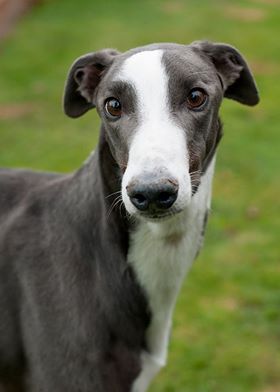 Last night he was good…he didn’t need to go outside.

Coat is still dry and dandruffy. Although he did put on a bit of weight again. He became quite light over the past three weeks.  A.S. Christchurch 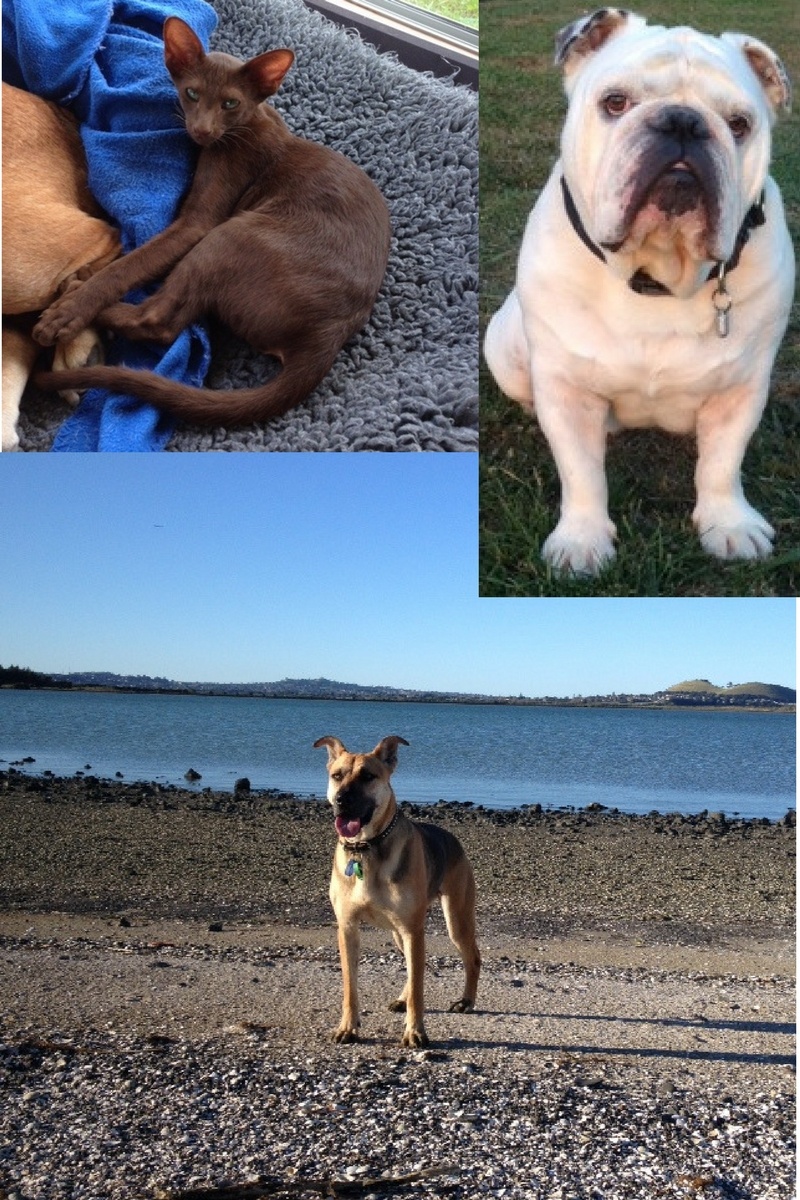 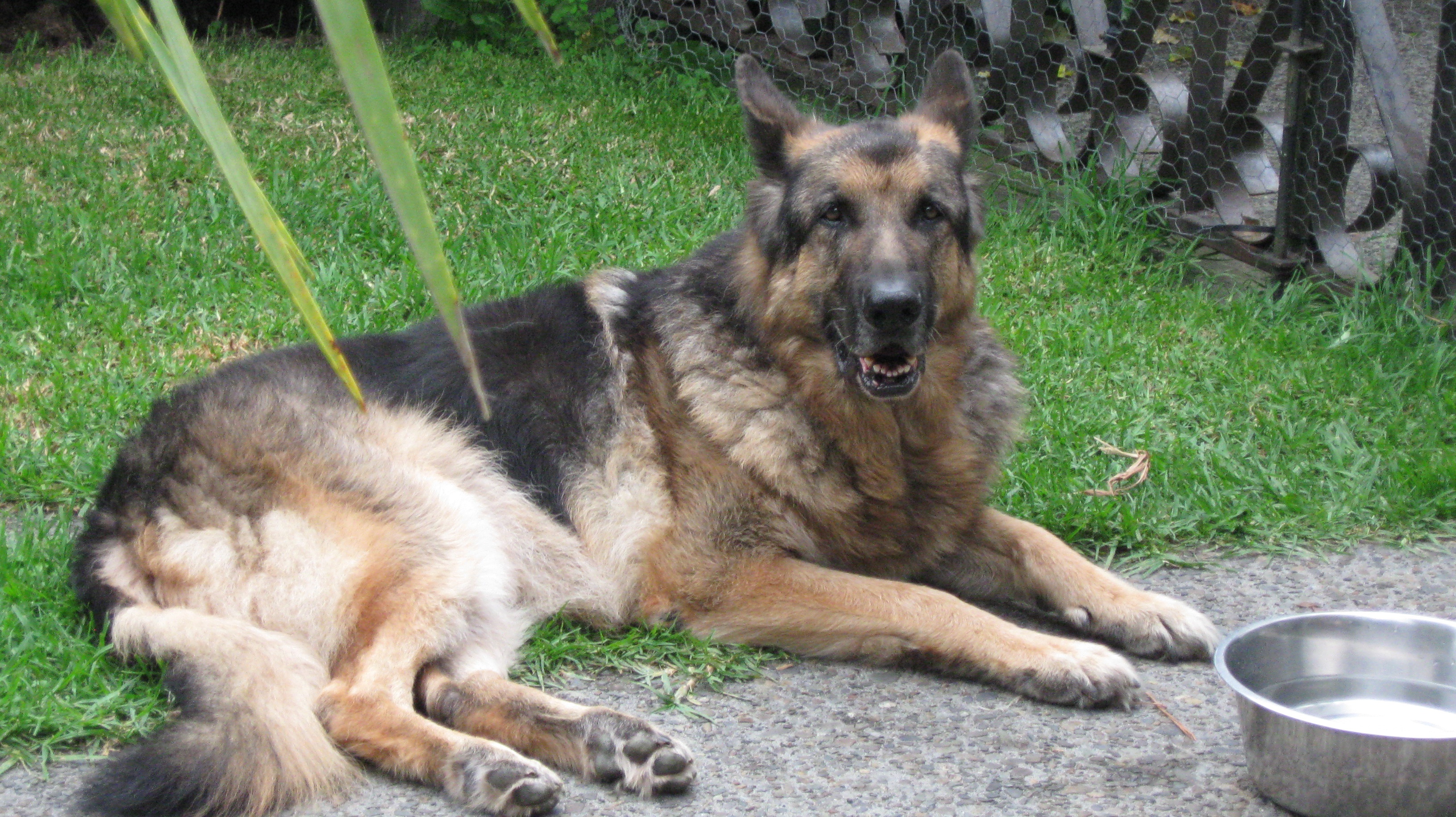 “Manu (German Shepherd) normally slithers out of van and doesn’t move until I get him. Is physically more able, got out of van by himself and did a bit of a bounce. Controlling him peeing and pooing not such an issue.” K.J. Katikati

“Manu (German Shepherd) is getting around 100% better last few days. Thank you for your valuable input. Amazing!!!!!.”   K.J. Katikati

“My rabbit Fergus had major stomach surgery in October 2014. Fergus recovered well but his droppings never returned to full size. In May 2015 Di began doing body talk on Fergus. During the first session, Di immediately picked up on stomach issues (without me mentioning it). After the first session I noticed a portion of his droppings had increased in size. 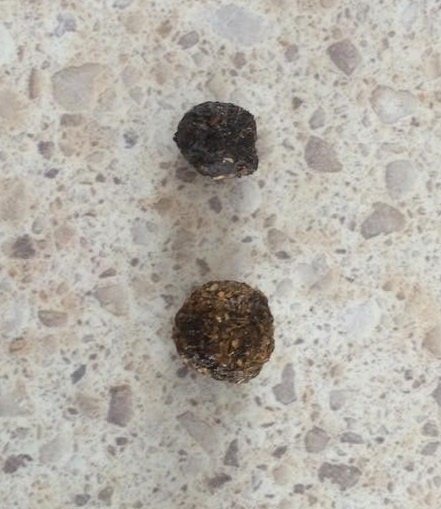 After the second session, a large portion of his droppings had returned to full size. I was ecstatic to see this as Fergus’ droppings had not been that large ever! Now his droppings were full sized! Before the BT sessions he had 0 full size. Fergus had 2 more sessions which stabilised the dropping size as large. I also noticed Fergus was much less prone to having a sore tummy and seemed much happier.” Thank you Di! A.B. Morrinsville 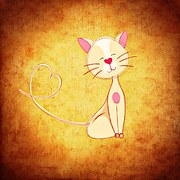 “My Tammy…..she is a different cat. She has that sweetness back in her eyes and has been with me for the afternoon and sleeping with Tyler! She is much more relaxed, not constantly grooming and looks happier 🙂 she is on my knee as I write. So thank you, thank you, and if you could do another before xmas that would be great.” C.V. Tauranga

Please note that the vast majority of the above is done remotely/via distance.