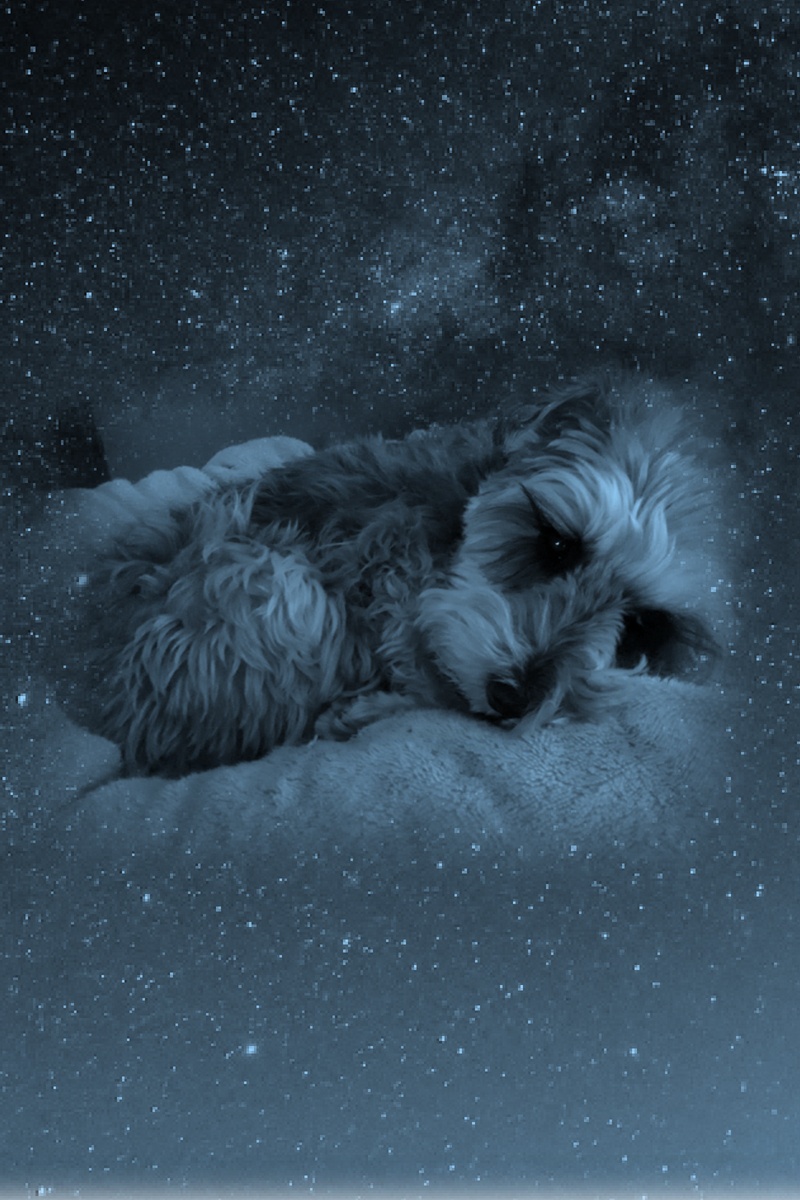 Sometimes it’s not easy to get to a health professional immediately when needed, particularly after hours or when you live far away.

Molly, female schnauzer, was experiencing a lot of distress and seemed in pain when I received a phone call from her very upset human mum one evening.

Molly’s symptoms were that she was;

A vet had given advice previous to my receiving the phone call above, and that was for Molly to be monitored overnight, that it sounded like she had back problems or had had a stroke.

That was three weeks ago now and I want you to know, she started her recovery during the phone call, and to this day is fine!

While talking to Molly’s mum on that call and as Molly continued to present with the symptoms mentioned, I gave her a distant BodyTalk session.  By the end, which was about an hour or so later, she was relaxed and nodding off to sleep.  She continued to recover days and weeks afterwards when two further BodyTalk distant sessions were provided as indicated by Molly’s innate wisdom (subconscious), which was determined by muscle checking and ‘asking’ Molly.  Read here for Molly’s mum’s facebook post given the day after her first session.

Her mum believed she did not need to follow up with a veterinary appointment, so didn’t and hasn’t to this day.

You would have gathered that the BodyTalk session wasn’t done directly on Molly nor even in the same room, but via, as I said, a distance session i.e. this particular time same town but different house (in fact, could have been from anywhere on the planet – that wouldn’t have mattered).  This phenomenan is due to the nature of the BodyTalk System being an energy-based healing modality, on the cutting edge of science which continues to evolve as new information is revealed by scientists, doctors and health professionals.

Molly’s night that we hope will never happen again